Way back when the US kratom industry was just starting out, it was easy to figure out where strains came from. That’s because the names provided all the information you could need. Indo kratom came from Indonesia, Malay from Malaysia, and so on. But today, kratom suppliers push the limits with names like Dragon kratom.

There’s little to glean off of the Dragon kratom name which makes it a little more mysterious, and thus much more desirable. And while the name alone might already catch your attention, it’s Dragon’s effects that ultimately seal the deal.

What is Dragon Kratom?

No, there’s no tiny Southeast Asian locale by the name of Dragon where this particular variety grows. The strain gets its name from its potent, profound range of effects that make it a distinct choice for those who want something a little more hard-hitting.

Dragon isn’t a naturally occurring variety, and it’s produced by mixing together Maeng Da and Elephant kratom. That said, any Dragon kratom you find through a kratom vendor is actually a blend of two unique varieties to produce a powerful, dynamic blend.

As you probably already know, Maeng Da kratom is regarded as one of the most iconic strains across the kratom industry. The variety came about after farmers grafted together various parts of their favorite strains to produce a single, ultimate variety.

Elephant on the other hand isn’t specific to a single kratom strain. That means it could be Indo, Malay, Vietnam, or anything else. The only qualifier for Elephant kratom is that the leaves used for the product should meet specific size requirements — thus the name Elephant.

According to kratom enthusiasts, Elephant Kratom is one of the best choices for blending because of how it works to elevate the effects of its partner strain. And since Maeng Da is exceptionally potent, it was only really a matter of time before vendors put two and two together.

Benefits and Effects of Dragon Kratom

Sure, not all kratom will have the same effects every time. That’s because people have different body chemistry and tolerance. And that’s on top of the fact that kratom can have different alkaloid profiles and strengths despite being cultivated by the same farmers on the same plot of land.

But even with the mild fluctuations, it’s important to know that Dragon isn’t just another strain. Intended for users with slightly more experience, this particular variety might take some getting used to especially if you’re a kratom neophyte.

Here’s what you might expect after a dose of Dragon kratom:

As it clears away your mental stress, Dragon can make you feel more receptive to cognitive stimulation around you. This can help improve how you process and absorb information, which is also why many users claim to use Dragon kratom for long nights burning the midnight oil

To some extent, all kratom varieties possess properties that work against discomfort and muscular aches. However, Dragon’s benefits in this specific department prove to be one of the most profound.

Unlike other kratom varieties that provide a relaxed, controlled mood boost, Dragon’s effects are stronger, more upbeat, and more forward. That said, the variety works best for social situations where you might be expected to be a little more extroverted than usual.

Not everyone will respond the same way to a dose of kratom. Several factors can affect the overall experience. Generally, you’re going to want to measure out a dose that’s specific to your needs so you can avoid side effects without missing out on the variety’s fullness. 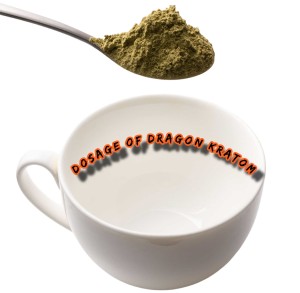 According to experts, anytime you try out a new strain, it’s important that you start off with a dose of just 1g to 2g — regardless of how much experience you’ve had with kratom in the past. This gives you a chance to assess how your body might respond to the new variety, and whether you might have a negative response to the product.

If your first trial dose doesn’t present any issues, then you can go ahead and gradually increase your succeeding doses. An incremental increase of 1g to 2g should be enough as you try to reach your threshold.

As a general rule, if you want the more stimulating effects of the Dragon kratom strain (or any strain for that matter), then you’re going to want to consider taking a dose that’s closer to your lower limit. For a more sedating experience, you can try to shoot for your ceiling.

A word of caution, however — it’s not advisable to always take doses that max out your threshold. If you’re wanting a more subduing experience, then it might be helpful to opt for a red variety or a strain that’s better known for its relaxing effects, like Bali.

Liking Dragon kratom so far? There are a bunch of others that provide a similar experience, albeit with a few distinctions. Here are some kratom strains you might want to try if Dragon pushes all the right buttons:

Of course, you can’t go wrong with Maeng Da. Recognized as the OG of all kratom strains, this particular variety makes up half of the overall Dragon blend. And it’s because of Maeng Da that Dragon gets its stimulating benefits that elevate strength, energy, and alertness.

Green and White Maeng Da provide closer to an energetic experience, with green being slightly more balanced than its white counterpart. There’s also red Maeng Da however for those who want a more relaxed and subdued blend of effects.

Maybe Hulu Kapuas isn’t quite as energetic and jittery as its Dragon counterpart, but it does bear a few striking similarities. Hulu Kapuas provides a controlled, balanced mood boost and a feeling of alertness that improves mental functioning all around.

The main difference however is that Hulu Kapuas isn’t as high-energy as Dragon. While it does provide some added vigor, the strain’s effects keep its user relatively collected and jitter-free.

A horned kratom is actually a form of Maeng Da. This particular variety comes from kratom leaves that grow extra ‘horns’ along its edges, which is the reason for its name. Since it’s essentially a Maeng Da variety, Horned kratom provides most of the same effects as its MD lineage.

Compared to Dragon kratom, however, Horned kratom tends to be slightly more relaxed. Its cognitive effects might not be as sharp and may bring its user into a state of sleepiness and carefree relaxation.