Hailed as one of the best kratom strains to combat discomfort and stress, Borneo enjoys go-to status throughout the kratom market. The high demand for this particular variety has forced kratom vendors to guarantee an unwavering supply. So, wherever you turn, you’re likely to find Borneo in all its available colors.

While red Borneo definitely gets its fair share of attention, white and green Borneo often compete for the patronage of users looking for a lively experience. But while there are similarities between the two, they ultimately provide entirely different effects that could change the way you enjoy your kratom dose.

What is White Borneo?

Borneo kratom comes from the gargantuan Indonesian island province of Borneo. This massive land mass off the southern coast of the mainland is home to lush forests and humid weather that provide the perfect conditions for kratom to thrive.

Despite being a way away from the Indonesian center of commerce, Borneo has a well-established logistics system. So, shipping kratom out of the island doesn’t pose much of a problem. That said, Borneo kratom is in constant supply across the United States.

Borneo kratom itself gets major attention for its powerful effects that focus mainly on discomfort relief. The white variety is the liveliest of its kind, offering an upbeat experience that’s awakening, invigorating, and stress relieving.

Since it is a white vein variety, a dose of white Borneo stimulates its user with effects that stir up the body, mind, and soul. The depth of its effects is profound, touching the innermost recesses of its users’ existence. In a way, white Borneo has been described to inspire a spiritual experience.

Keep in mind though that not everyone will get the same effects out of a dose of white Borneo, or any kratom strain for that matter. With several variables affecting the experience, it’s impossible to produce consistent results across the board. Nevertheless, here are the effects most commonly associated with this strain:

What is Green Borneo?

Coming from the same island province of Indonesia as the white mentioned above, green Borneo is stimulating just the same, but with a few distinctions. Unlike the white variety which tends to be all-out, powerful, and in some cases, jittery, green vein Borneo is slightly more relaxed and controlled. 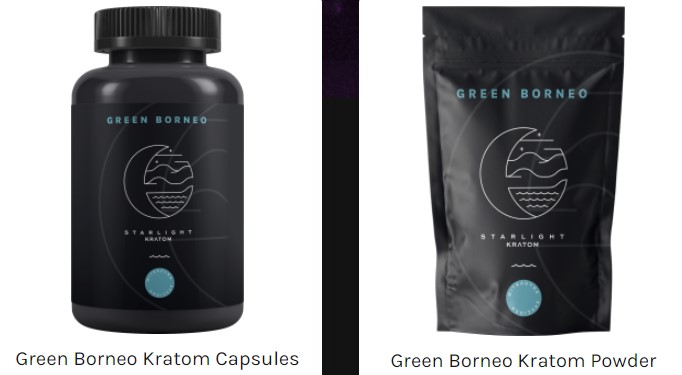 The reason for the difference lies in the maturity of the leaves during harvest. Green vein Borneo leaves are slightly more mature than the white vein variety. By allowing the leaves to stay on their stems for slightly longer, green vein Borneo makes room for chemical changes in the leaves.

The result is a balanced effect that combines some stimulation with relaxation. That said, users with less experience using kratom, or those who want a slightly less intense array of effects might do well to choose green Borneo instead.

Again, compared to its white counterpart, green Borneo is far less intense since it does have noteworthy qualities that lean closer to relaxation. Nevertheless, it’s often considered a stimulating variety because of its predominantly awakening properties.

Remember though that just like white Borneo or any other kratom strain, green Borne’s effects can vary from person to person. But just to give you an idea of what you can expect, here are some effects most commonly associated with green Borneo:

As illustrated above, simply waiting for the kratom leaves to mature before harvest can produce profound changes in their chemistry. The white vein which uses young, immature leaves, is characterized by whitish veins underneath the kratom’s leaves. 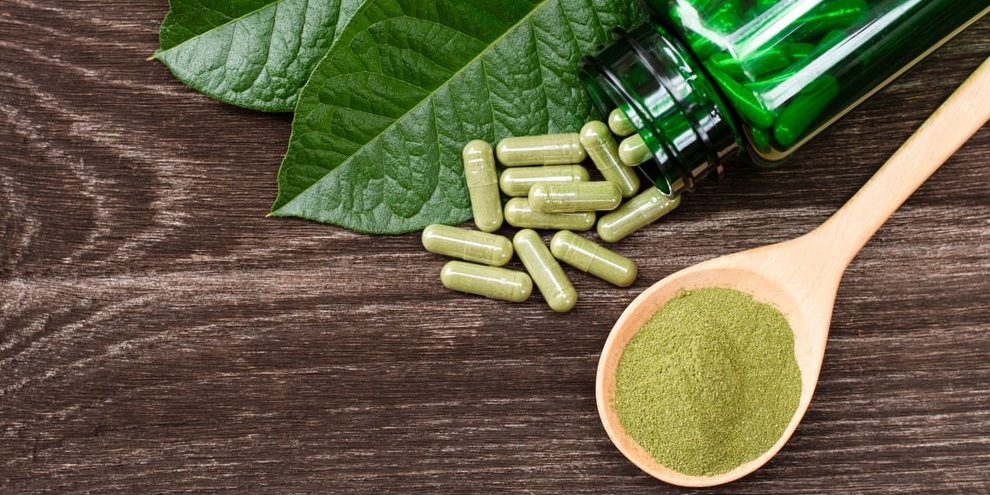 Wait for the leaves to mature fully, and you get red vein leaves. These are the most relaxing and calming, providing its users a blissfully sleepy and soothing swirl of effects. Right in the middle, there’s a green vein. Neither mature nor immature, these leaves create a balance between both ends of the spectrum.

Aside from just the color vein, strains also play a role in the differences between varieties. Differences in growing environments and cultivation and processing techniques can impact plant chemistry. So kratom that’s grown in Borneo will be world different from kratom grown in Papua.