Another lesser-known variety, Jongkong kratom supply remains scarce in the US market. Sourced from Indonesia, this particular variety grows in remote areas that make logistics a pain, thus the difficulty of supplying the strain to US vendors.

Nonetheless, a few suppliers have been successful in bringing this mellow variety to the eager western market. And with its soothing, balanced effects, Jongkong kratom has easily become a favorite among kratom users looking for a respite.

What is Jongkong Kratom?

The rural Jongkong region is home to lush forests and lakes, with the mineral-rich waters of the Kapuas River coursing through its geographical midline. This farflung area has a remarkably limited population, so the infrastructure is scarce. 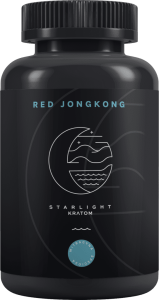 Much of the Jongkong region has been preserved in its natural state. Lush, dense forests grow without restrictions, so wild kratom thrives throughout the region. Here, locals enjoy the Jongkong strain without reservations and describe the variety as mellow yet energetic and uplifting.

Unfortunately for the rest of us, enjoying a dose of Jongkong might not be quite as easy. For starters, the region isn’t quite as accessible as other areas in Indonesia where kratom grows. For this reason, suppliers struggle to collect sufficient Jongkong supplies to ship out to US vendors.

Today, only a handful of US kratom brands are capable of offering Jongkong year-round. Much like any other strain, this variety comes in different color veins which indicate the maturity of the leaves during harvest.

Generally, however, red Jongkong often gets the most attention since red vein properties tend to magnify the natural effects of the strain itself. At a glance, Jongkong strain samples also tend to be slightly darker than other kratom picks you might find.

Benefits and Effects of Jongkong Kratom

You’ll notice that there’s never any total agreement among kratom users discussing a specific strain. And that’s because alkaloid content fluctuates depending on a number of factors. Then, of course, there’s the issue of body chemistry, tolerance, and dosing.

Needless to say, the Jongkong experience might be different for you compared to the comments and feedback you rea online. Nonetheless, there are some effects and benefits that are more widely reported in association with Jongkong kratom, and these include:

If you’re trying Jongkong kratom (or any kratom) for the first time, it’s imperative that you take a trial dose. It doesn’t really matter how much kratom you’ve had in the past or if you’re a veteran kratom user. There’s always the risk of experiencing negative reactions to a new strain if it doesn’t match your tolerance.

A trial dose should amount to no more than 2g. After taking the small amount, you’re going to want to assess your reaction. Do you feel any unpleasant responses from your body? This also gives you the chance to assess the quality of the product itself and whether the vendor you chose lives up to its promises.

If the first dose goes by without a hitch, then you can gradually increase your succeeding doses. Add 1g to 2g to every new dose until you reach your therapeutic threshold. This is the point where you feel the fullness of the strain’s effects at the potency that’s a fit for your specific preferences.

Keep in mind that while you can add a few grams to experience more sedative effects, it’s not recommended that you frequently exceed your threshold. Keeping your doses low and rotating strains can help prevent the increase in your tolerance.

Jongkong kratom has earned quite the reputation for its mellow, relaxing, and discomfort-relieving effects. For a lot of kratom users, Jongkong’s blend of benefits perfectly encapsulates what an everyday kratom strain should be.

Unfortunately, it’s just not that widely available. So if you like Jongkong kratom’s effects, but just can’t seem to find any in stores, here are some alternatives you can try:

Another hard-hitting relaxation strain, Papua kratom’s list of reported benefits almost perfectly mirrors that of Jongkong. This strain — albeit a rarity in its own right — usually finds its place on the shelves of more prominent kratom vendors with access to high-end suppliers.

The effects of Papua include full-body calm, stress relief, discomfort relief, and a mellow mood — just like Jongkong. The main difference however is that Papua tends to be a drowsy strain. This makes it more of a nighttime aid versus Jongkong.

The main distinction however is that Kali’s effects leave the user in a somewhat cloudy headspace. Ideal for those moments when you just want to get away from it all, Kali isn’t the kind of strain you’d want to use if you’re expected to keep a clear head.

If relaxation was your longing, then you can’t go wrong with Bali. Often called the OG of sedative kratom strains, Bali gets loads of patronage for its controlled and balanced effects that place the body and mind into a state of calm.

However, part of the reason for its popularity would have to be its accessibility. Bali kratom is one of the most prolific strains on the market. So if you never want to run out of your go-to ever again, then you might as well choose a strain that saturates the industry — and that would be Bali.